Robert J. Dempsey, MD, FAANS, is the Manucher Javid professor and chairman of the department of neurosurgery at the University of Wisconsin. He specializes in cerebrovascular surgery of intracranial aneurysms, carotid endarterectomy and brain tumors, and co-directs the U.W. stroke program. With over 35 years of NIH funding, Dr. Dempsey has multiple research projects with a focus on cerebral ischemia, vascular cognitive decline, and repair of the injured brain with over 300 publications and over 90 research grants. 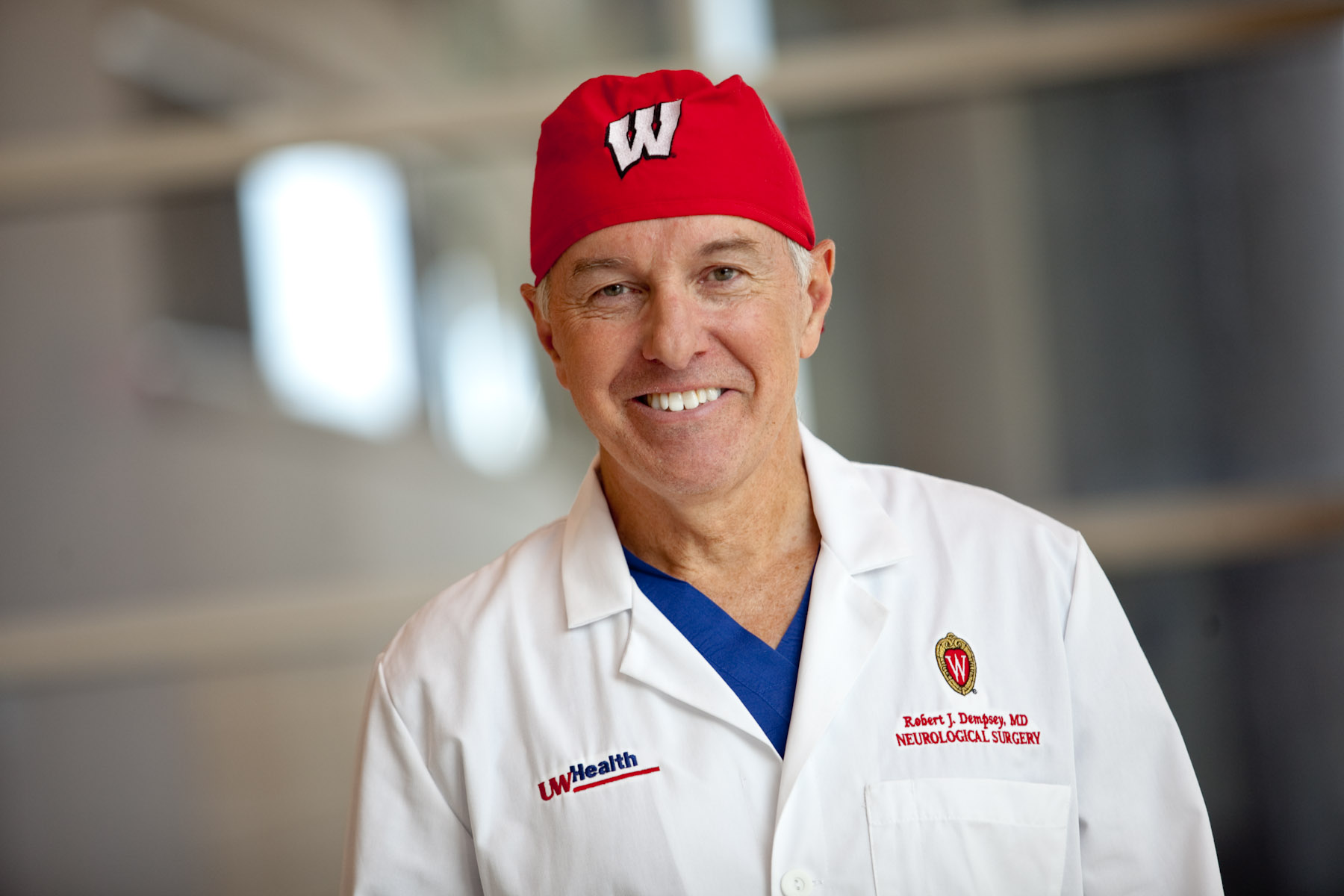 Introduction to the Distinguished Service Award

M. Ross Bullock, MD, PhD, moved to the Medical College of Virginia (MCV) as assistant professor in neurosurgery in 1992, having done residencies in both Durban, South Africa and the University of Glasgow, where he was also senior lecturer for five years. He maintained a busy clinical practice in neurotrauma and cerebrovascular, served as a principal investigator for several NIH and industry-sponsored neurotrauma research studies, including a program project award and twelve neuroprotection trials with the pharmaceutical industry. He maintained basic laboratory research programs, both at MCV, and at the University of Miami after moving there in 2007. He co-authored over 350 publications and trained fellows and residents from all over the world in both laboratory and clinical neurotrauma. He served as chair of the AANS/CNS Section on Neurotrauma and Critical Care and as chair of the Neurotrauma Society and has reviewed for 19 journals, the NIH and DOD. Dr. Bullock also served eight years on the US Armed Forces Medical Board. 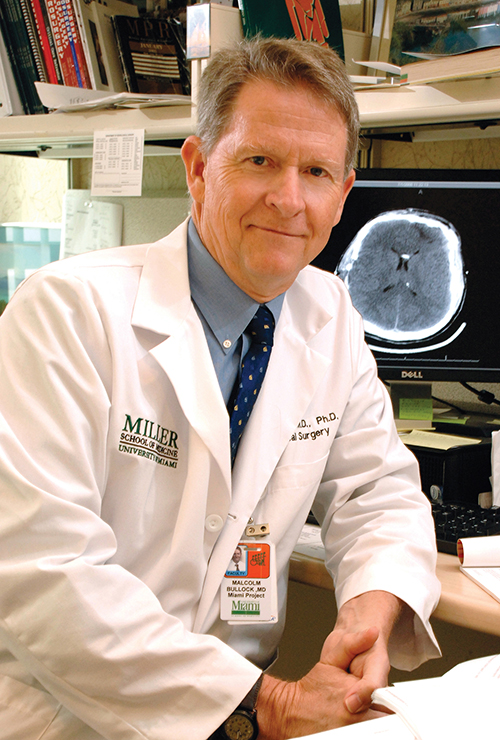 Introduction to the Van Wagenen Lecture

Stephen Haines, MD, FAANS, is a professor at the University of Minnesota. His clinical interests are in surgery of the posterior fossa and cranial nerves, open and endoscopic skull base surgery and pediatric neurosurgery. He has an active practice in trigeminal neuralgia, complex hydrocephalus, the treatment of Chiari malformations and adults with congenital structural abnormalities of the nervous system. Dr. Haines’ primary research interest focuses on applying advanced clinical research techniques to neurosurgery and developing resources for the evidence-based practice of neurosurgery.

Introduction to the Hunt-Wilson Lecture

David Ferrucci, PhD, is the award-winning AI researcher who led the IBM Watson team from inception in 2006 to Watson’s defeat of “Jeopardy!” in 2011. In 2013, he joined Bridgewater Associates, where he is the director of applied AI. He founded Elemental Cognition in 2015 in pursuit of the next AI milestone: Create AI that autonomously learns from human language. Dr. Ferrucci holds a PhD in computer science and over 50 patents and papers on AI and automation. He has won many awards for his work, including the title of IBM Fellow and the AAAI Feigenbaum Prize. 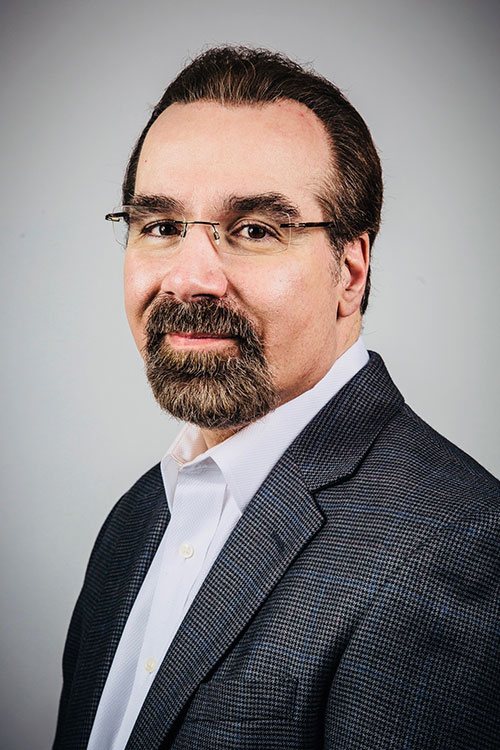 Introduction of the Cushing Medalist

James T. Rutka, MD, PhD, FAANS, was educated at Princeton University and Queen's University Medical School, Dr. Rutka did an internship at McGill University before entering the University of Toronto Neurosurgery Training Program. His training included a research fellowship at the Brain Tumor Research Centre at the University of California San Francisco, where he obtained his PhD in experimental pathology.

Dr. Rutka assumed his appointment in the division of neurosurgery, the department of surgery at the University of Toronto in 1990. He is a pediatric neurosurgeon whose clinical practice has been at the Hospital for Sick Children. Dr. Rutka's primary research and clinical interests relate to the science and surgery of human brain tumors and epilepsy. He has over 500 peer-reviewed publications and has had continuous research funding for his laboratory since 1990.

In 1999, Dr. Rutka was promoted to professor in the department of surgery at the University of Toronto and was appointed to the Dan Family Chair in the division of neurosurgery – a position he held until 2011. In 2009, he was the Honored Guest at the Congress of Neurological Surgeons’ Annual Meeting. Dr. Rutka served as president of the American Association of Neurological Surgeons 2010-11. In 2011, he became president of the World Academy of Neurological Surgery, president of the American Academy of Neurological Surgery and Fellow of the Royal Society of Canada. That same year, he was appointed as the RS McLaughlin Professor and Chair of the department of surgery at the University of Toronto. In 2013, he became the first Canadian to be appointed as editor-in-chief of the Journal of Neurosurgery and was inducted as a member of the Order of Ontario. In 2015, he received the Margolese National Brain Disorders Prize from the University of British Columbia, the Robert L. Noble Award from the Canadian Cancer Society and was made an officer of the Order of Canada. In 2017, he received an honorary degree, Doctor of Science, from his medical school alma mater, Queen’s University. Dr. Rutka is married to Mari Rutka. Together they have three children: Daniel, Hana and Marissa. 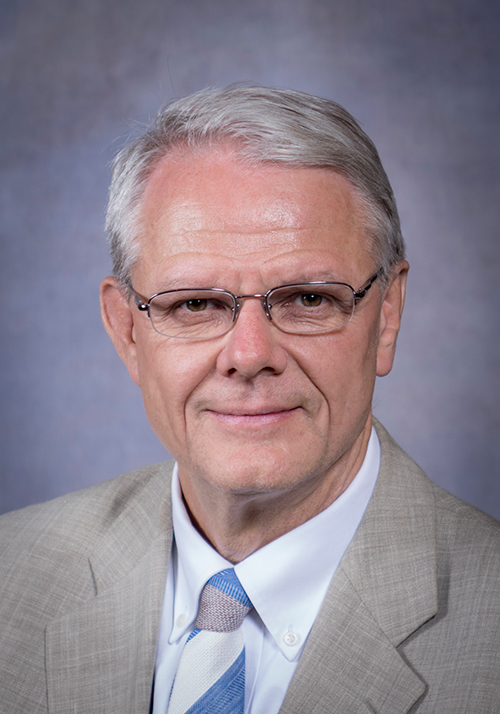 Jim Yong Kim, MD, PhD, is vice chairman and partner at Global Infrastructure Partners, a fund that invests in infrastructure projects across several sectors around the world. From July 2012 to February 2019, Dr. Kim served as the 12th President of the World Bank Group. Soon after he assumed that position, the organization established two goals to guide its work: to end extreme poverty by 2030; and to boost shared prosperity, focusing on the bottom 40 percent of the population in developing countries.

A physician and anthropologist, Dr. Kim’s career has revolved around health, education and improving the lives of the poor. He has served as the president of Dartmouth College, held professorships at Harvard Medical School and the Harvard School of Public Health and Dr. Kim worked as director of the World Health Organization’s HIV/AIDS department. He led WHO’s “3 by 5” initiative, the first-ever global goal for AIDS treatment, expanding access to antiretroviral medication in developing countries. Dr. Kim co-founded Partners In Health, a non-profit medical organization that now works in poor communities on four continents.

Dr. Kim received a MacArthur “Genius” Fellowship, was recognized as one of America’s “25 Best Leaders” by U.S. News & World Report, and was named one of TIME magazine’s “100 Most Influential People in the World.” 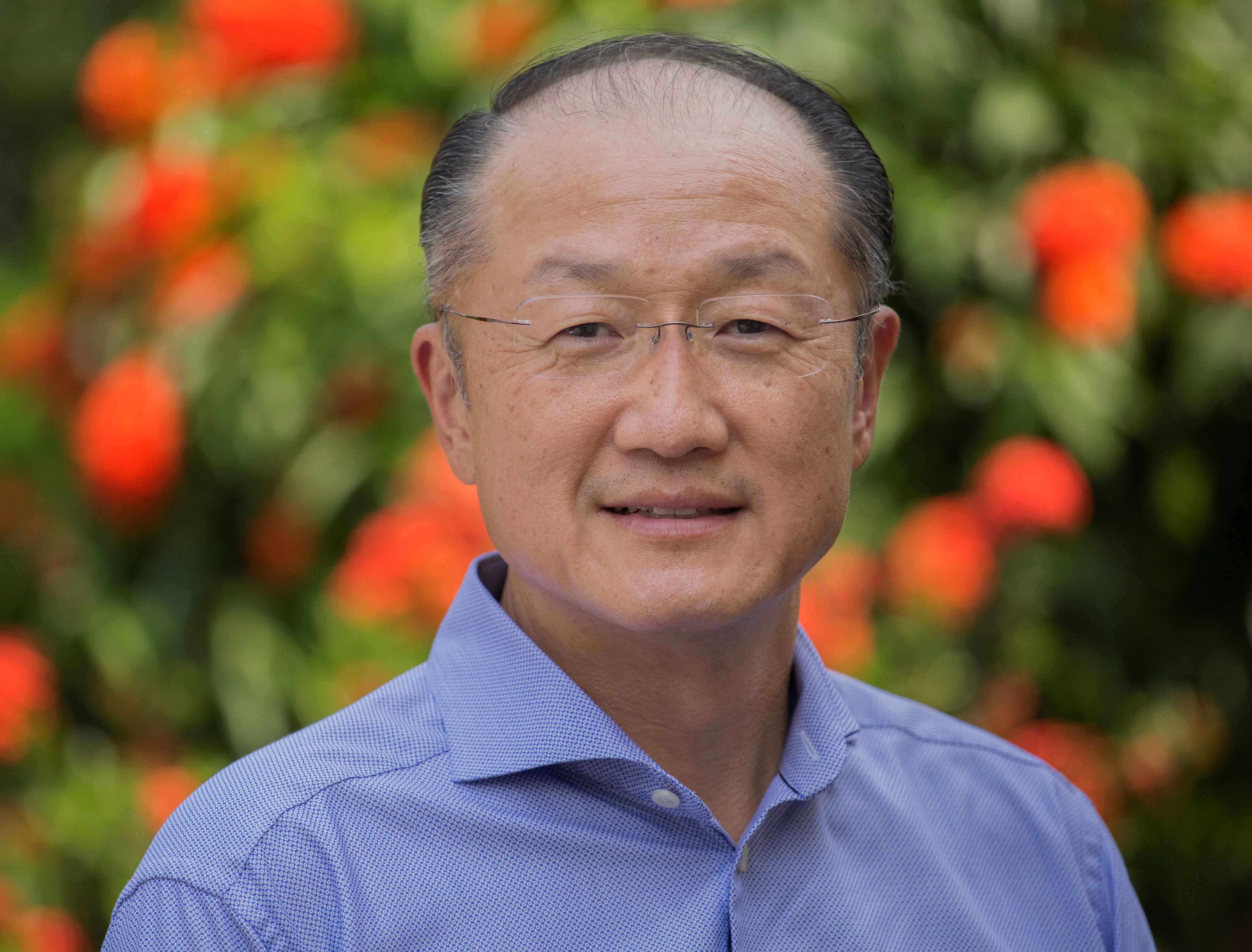 Announcement of Lunch and Learn Seminars