Introduction to the Session

626. A Football Helmet Prototype That Reduces Linear and Rotational Acceleration Through the Addition of an Outer Shell

627. Effect of Platelet Dysfunction on Outcomes in Traumatic Brain Injury

Beverage Break in the AANS Exhibit Hall and Learning Center

Introduction to the Charles Tator Lecture 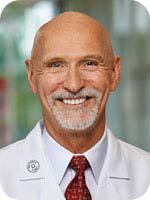 Edward C. Benzel, MD, FAANS, is an internationally recognized thought leader in spine surgery and biomechanics. Dr. Benzel co-founded the World Spinal Society (later to become the World Spinal Column Society) and was its first chairman. He organizes and actively participates in multiple international education venues, and is the editor-in-chief of World Neurosurgery. He has authored 10 and edited 27 textbooks. In addition, he has authored more than 400 book chapters and 300 peer reviewed publications.

While Dr. Benzel holds multiple patents and has participated in many medical advances, he is best known as an educator. He started and directed the Neurosurgery Residency Training Program and the Spine Fellowship Program at the University of New Mexico, and has been instrumental in the development and success of these programs at the Cleveland Clinic. Dr. Benzel recently stepped down as Chairman of the Department of Neurosurgery at Cleveland Clinic, and was bestowed the title of Emeritus Chairman of Neurosurgery.

632. Lumbar Puncture Feasibility in the Presence of Cerebral Mass Effect