Shortly after having her second child, Jennifer Giliberto, then 32, began noticing that she started fumbling things more than usual, but assumed it was nothing serious. However, in February 2006, after shattering a glass in her kitchen, Giliberto realized that this problem had been going on for too long and called her primary-care doctor. Initially, she was concerned that she could potentially have amyotrophic lateral sclerosis (ALS), because a close friend’s mother had just passed away from the disease, and she recalled early discussions about how her friend’s mom experienced weakness in her hands. After securing a doctor’s appointment for the following day, she underwent a neurological test, producing normal results. 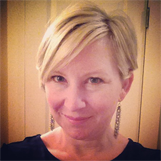 Although Giliberto’s primary-care doctor ruled out ALS, it was still recommended that she undergo an MRI out of caution. When discussing the results of her scan with a neurologist, Giliberto discovered that she had a lesion on her brain, but, at that time, the cause was unknown. She was told that if the lesion was a tumor, it appeared to be benign, giving her no reason to think anything was terribly wrong. Giliberto’s follow-up MRI three months later didn’t show any dramatic changes, so she was advised to schedule an additional MRI in six months.

In the meantime, Giliberto and her family moved from Charlotte, N.C., to Atlanta in the summer of 2006, and the follow-up MRI appointment didn’t happen as planned. After getting settled in Atlanta and finding a new primary-care doctor, Giliberto eventually scheduled another MRI; with results showing some slight changes. Although she wasn’t overly concerned about her health at the time, Giliberto took her doctor’s advice and scheduled an appointment with a local neurosurgeon. While initially discussing the results of her scan with the physician’s assistant (PA), whose general role is to act as the right hand of the physicians they work with, Giliberto recalled, “I remember him putting the scans up, and I remember him throwing words around like ‘glioma,’ I remember thinking to myself ‘this seems to be a very different conversation.’ I remember him asking me more intense questions, and I remember thinking my laissez-faire attitude seemed rather inappropriate for his demeanor.’” She further noted, “I felt like I had maybe missed the boat at some point.”

After the PA left the room, the neurosurgeon confirmed that she had a brain tumor, which she says she could glaringly see on the scan hung up on the wall. “It felt like a huge slap in the face. Here I was walking around for 18 months, thinking it was absolutely no big deal, and then I come to find out I have a brain tumor.”

Giliberto’s official diagnosis came on June 20, 2007. The first surgeon with whom she consulted in Atlanta was completely unwilling to operate; nor was he open to any discussions about performing a biopsy. “His philosophy was, ‘You’re a healthy, 30-year-old woman with kids... and no seizures; I’m unwilling to take the risk...of causing you to have a seizure disorder... and all the other countless number of complications,’” Giliberto explained. And although she was uncomfortable with the physician’s approach, she maintained her care with him for that following year. “The interesting thing was that his PA was very much on my side, and then when the surgeon would come in, the PA wouldn’t speak, and I felt like no one was on my team.”

However, over the course of that year (from 2007-2008), Giliberto became involved with the Southeastern Brain Tumor Foundation, which is how she met her neurosurgeon, Costas G. Hadjipanayis, MD, PhD, FAANS. “I was able to build a rapport with him before he ever even became my surgeon,” Giliberto said. “That’s how I got to know the team at Emory. It was like I got a test-drive before I bought the car.” In May 2008, Giliberto sent her records to Emory University, having accepted that she wasn’t going to be able to move forward with her original doctor. “I had to advocate for myself; not every physician in the world is going to have to same approach. You have to align yourself with a medical team that is philosophically on the same path that you are as a patient.”

After seeking a number of other opinions, Giliberto decided to undergo treatment with the medical team at Emory University’s Winship Cancer Institute/Emory University Hospital Midtown. On Aug. 18, 2008, Giliberto had a craniotomy; an Infiltrating Grade II Astrocytoma was removed from her right temporal lobe. Unwilling to accept the risks, Giliberto opted not to undergo radiation treatment, and instead decided to stick with a regular MRI schedule. Although her MRI schedule has changed over the years, the longest she has gone without one is nine months, when she and her husband welcomed a third child into their family. “We just opted to live our life,” Giliberto said, noting that her current MRI schedule is between every four and five months. “Statistically, we’re at the point that the likelihood of it growing back is higher, so that’s been my hesitation to push it out longer. I’d rather catch it sooner than later.”

Giliberto described her patient care at Emory as a collaborative team experience, “I never felt as if my opinion or my perspective was not listened to or not valued.” On her blog site, Grey Matter Life, Giliberto talks about the importance of the relationship between the physician and the patient, equating it to that of a good marriage. “The right doctor or medical team is like having a good marriage. The immense amount of trust you instill in your doctors should be equal to that which you have with your spouse. Like marriage, the doctor-patient relationship exists with no guarantees, but exists with profound good will, trust, faith, compassion, great communication, shared goals and direction, and a solid perspective.”

Using her blog site (greymatterlife.com) as a creative outlet, Giliberto has detailed her personal journey for the world to read and experience alongside her. “Part of my reason for writing, initially, was just to keep people updated. And then it became, rather quickly, very cathartic, to write and share the emotions and journey, and it just kept going and going,” Giliberto said. “I was writing for me, and I was writing for my family. I wanted my children, who were very young — three and five at the time of my surgery — to be able to look back and know what it was that our family went through, and what it was that changed so much of our life, and why we are the family that we are today.” In addition to chronicling her and her family’s life, Giliberto’s blog also features her photography. “It’s a way to see the world in a very different way sometimes,” Giliberto said of her photography. “It’s storytelling.”

Now that her health is more stable, Giliberto says that she and her family have grown to become much more protective of their time together. “We are much more comfortable with saying ‘no’ to social things, we are prioritizing things differently than maybe we would have if we weren’t going through this. We take our life one day at a time. We don’t live with regret. I think we have a great sense of appreciation and gratitude and perspective for where we are and what we have.”