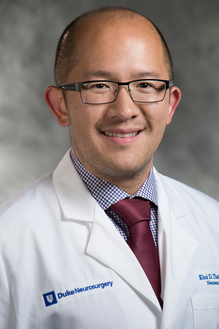 Playing sports can contribute to neck injuries of varying degrees of severity ranging from relatively minor injuries such as muscle strains to severe life-threatening conditions such as neck fractures and cervical spinal cord injuries. A fractured (broken) neck is a very serious matter, but in many cases, the patient can make a full recovery and regain all neurological functions. A neck fracture can sometimes lead to a complete spinal cord injury, which will result in some degree of paralysis or even death.

While catastrophic cervical injuries do occur in sports, the incidence of fatal cases decreased in the last few decades due to better protective gear, increased awareness, better coaching, and rule changes. Still, these injuries may occur in athletes who participate in contact sports such as American football, soccer, and rugby as well as non-contact sports such as gymnastics and cycling.

Cervical injuries resulting from participation in sports can be divided into the following clinical syndromes:

The vertebral column or spine is a part of the axial skeleton and provides paramount structural support for our body. The neck region houses the cervical portion of the spinal column, which consists of seven bones (C1-C7 vertebrae), separated from one another by intervertebral discs. These discs allow the spine to move freely and act as shock absorbers during activity. Along with strong muscles, flexible tendons, and ligaments, the spine allows us to stand upright, bend, and twist. The spinal cord, a very vulnerable nervous tissue that connects the brain to the body, is located in the middle of the cervical spine, protected by bony vertebral structures.

The cervical spine functions to support the weight of the head and to provide flexibility for performing an extensive range of motions with our head. The movement of our head is possible due to the specialization of the first two vertebrae (C1 and C2) which connect directly with the skull. The first vertebrae (C1) or the “atlas” is the topmost vertebrae that allows for nodding or yes motion by articulating along the atlantooccipital joint while the second vertebrae (C2) or the “axis” allows for side-to-side or no motion by pivoting along the atlantoaxial joint.

A cervical fracture is a break in one or more of the cervical bones or vertebrae in the neck. A cervical dislocation refers to a ligament injury in the neck that has caused two or more cervical vertebrae to abnormally separate from one another.

A severe, sudden twist to the neck or a severe blow to the head or neck area can cause a neck fracture. Sports involving violent physical contact carry a greater risk of a neck fracture, including football, ice hockey, rugby, and wrestling. Spearing an opponent in football or rugby can cause a broken neck and so can non-contact activities like gymnastics, if the gymnast misses the high bar during a release and falls. The cervical spine usually absorbs the energy of the collision by dissipating forces through the muscles, the intervertebral discs and the bones along the C-spine curve. However, when the neck is flexed such as in spear tackling, the forces create an abnormal axial load on the support structures, which may lead to a tear in the ligaments or bone. Cervical spine injuries can range from subluxations and dislocations with or without neurologic symptoms to fractures with or without neurologic symptoms.

A person with a neck injury should not be moved without competent medical care, which should be summoned immediately. This is extremely important because proper stability of the cervical spine is crucial to avoid causing any further damage. In situations when a head or neck trauma has occurred, it is important to recognize the possibility of a neck fracture.

The U.S. Consumer Product Safety Commission (CPSC) tracks product-related injuries through its National Electronic Injury Surveillance System (NEISS). According to the CPSC, an estimated 23,720 neck fractures were treated at U.S. hospital emergency rooms in 2018. Of these, an estimated 3194 fractures were related to sports. The actual incidence of neck injuries may potentially be much higher for two primary reasons. First, in the 2018 report, the CPSC excludes data from activities or sports that yield 1,200 injuries or less, from very small sample counts or from locations that are limited to a small geographic area of the country. Additionally, any less severe neck injuries that are treated at a physician’s office, immediate care centers, or self-treated, are also not tracked through this system. The sports statistics include not only the injuries from the sport/recreational activity itself but also any injuries from the equipment and apparel used in these activities. For example, swimming-related injuries include the activity as well as diving boards, equipment, flotation devices, pools, and water slides. Between 2000 and 2015, the number of sporting-related cervical fractures has increased by 30%, driven primarily by a 300% increase in cycling-related injuries. The incidence of injuries in males was 1.7x greater for neck sprains and 3.6x greater for fractures when compared to females. Cycling was the most common cause of cervical fractures in males while horseback riding was the most common cause in females.

A complete SCI produces a total loss of all motor and sensory function below the level of injury. Approximately 50% of all spinal cord injuries are complete and affect both sides of the body equally. In the event of a complete SCI, the spinal cord is rarely cut or completely transected. It is more common  than the loss of function caused by a contusion or bruise to the spinal cord or by a compromise of blood flow to the injured part of the spinal cord.

In an incomplete SCI, some residual function remains below the primary level of the injury. A person with an incomplete injury may be able to move one arm or leg more than the other may or may have more functioning on one side of the body than the other.

A spinal concussion can occur which may also be complete or incomplete. In such cases, the spinal cord dysfunction is transient, generally resolving within one or two days. Football players are especially susceptible to spinal concussions and spinal cord contusions. The latter may produce neurological symptoms including numbness, tingling, electric shock-like sensations, and burning in the extremities.

The National Spinal Cord Injury Statistical Center at the University of Alabama tracks comprehensive information regarding SCI, including in-depth data on sports-related SCI.

Sports-related SCI by age at time of injury

Any sports-related neck injury must be managed with a high degree of suspicion for severe conditions, like neck fractures. A neck fracture or a spinal cord injury is a medical emergency. An athlete should not return to the sport or activity until medically cleared and their strength has returned to pre-injury levels. The patient should undergo a full neurological exam as quickly as possible to assess for instability and/or a spinal cord injury. A specialized physician’s diagnosis based on the incident, symptoms, a physical examination, and results of radiological tests, includes one or more of the following:

The treatment options vary depending on the following factors:

A minor (compression) fracture is often treated with a cervical collar or brace worn for six to eight weeks until the bone heals on its own. A more severe or complex fracture may require traction or surgical interventions, including spinal instrumentation or fusion with or without surgical decompression.

Surgical decompression of the spinal cord is performed after an injury occurs, although the timing of this intervention varies widely. The surgery removes various tissue or bone fragments that are compressing and compromising the spinal cord. Depending on the unique circumstances of the injury, decompression is accomplished through a variety of surgical approaches, including, for example, approaching the compressed cord from either the front (anterior) or back (posterior). Increasingly it has become clear that decompression and stabilization in patients with SCI should be immediate, as soon as medically safe and reasonable.

Cycling-related head injuries are far more common than neck fractures, but it is not infrequent for a patient to incur both a head and neck injury during an accident. Of the estimated 2,692 sports-related neck fractures treated at U.S. hospital emergency rooms in 2009, 536 related to cycling.

An estimated 80% of fatal bicycle accidents involving motor vehicles among children 14 and younger occur  due to the bicyclist's behavior, such as riding into the street without stopping, swerving into traffic, running stop signs, or riding against the flow of traffic.

Football-related head injuries, in particular concussions, are more common than neck fractures; but not infrequent for a player to incur both a head and neck injury during an incident. Of the estimated 2,692 sports-related neck fractures treated at U.S. hospital emergency rooms in 2009, 268 related to football.

Neck injuries are usually associated with high-velocity collisions between players, causing acceleration or deceleration of the head on the neck. Acceleration often causes a whiplash type of extension force on the neck, while deceleration often results in flexion forces. Spearing, which banned in American football since 1976, happens when a player uses the helmet/head as the first point of contact with another player. Spearing is a significant cause of cervical spine injuries and quadriplegia.

While many cycling injuries are head injuries, the proper usage of SNELL, American National Standards Institute (ANSI) or American Society for Testing and Materials (ASTM)-approved helmets can also help prevent SCI injuries. The helmet must fit properly, and the helmet strap is closed and tightened so that it does not come off while riding or in a fall. Other SCI cycling prevention tips include:

The AANS does not endorse any treatments, procedures, products or physicians referenced in these patient fact sheets. The information provided is as an educational service and not intended to serve as medical advice. Anyone seeking specific neurosurgical advice or assistance should consult his or her neurosurgeon, or locate one in your area through the AANS’ Find a Board-certified Neurosurgeon online tool.