Vagus nerve stimulation (VNS) sends regular, mild pulses of electrical energy to the brain via the vagus nerve, through a device that is similar to a pacemaker. There is no physical involvement of the brain in this surgery and patients cannot generally feel the pulses. It is important to keep in mind that VNS is a treatment option limited to select individuals with epilepsy or treatment-resistant depression.

Individuals with any of the following criteria may potentially be unsuitable candidates for VNS:

This procedure, performed by a neurosurgeon, usually takes about 45-90 minutes with the patient most commonly under general anesthesia. It is usually performed on an outpatient basis. As with all surgeries, there is a small risk of infection. Other surgical risks of VNS include inflammation or pain at the incision site, damage to nearby nerves and nerve constriction.

The procedure requires two small incisions. The first one is made on the upper left side of the chest where the pulse generator is implanted (Pulse Generator, Figure 1). A second incision is made horizontally on the left side of the lower neck, along a crease of skin. This is where the thin, flexible wires that connect the pulse generator to the vagus nerve are inserted (Lead, Figure 2). 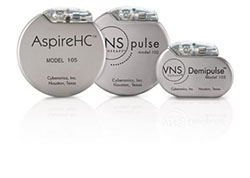 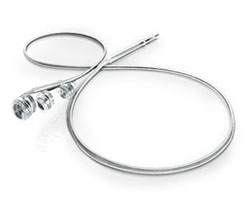 The device or implant is a flat, round piece of metal that measures about an inch and a half (4 centimeters) across and 10-13 mm thick, depending on the model used (Pulse Generator, Figure 1). Newer models may be somewhat smaller. The stimulator contains a battery, which can last from one to 15 years. When the battery is low, the stimulator is replaced with a less invasive procedure which requires only opening the chest wall incision.

The stimulator is most commonly activated two to four weeks after implantation, although in some cases it may be activated in the operating room at the time of implantation. The treating neurologist programs the stimulator in his or her office with a small hand-held computer, programming software and a programming wand (Programming Wand, Figure 3). The strength and duration of the electrical impulses are programmed. The amount of stimulation varies by case but is usually initiated at a low level and slowly increased to a suitable level for the individual. The device runs continuously and is programmed to turn on and shut off for specific periods of time — for example, 30 seconds on and 5 minutes off. 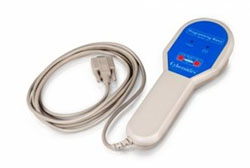 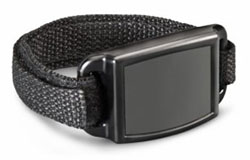 Side effects are most commonly related to stimulation and usually improve over time. These may include any of the following:

Of these, hoarseness, coughing, throat tickling and shortness of breath are the most common and are usually temporary.

If you have received VNS, you should monitor your condition and overall health closely. If any of the following occur, call your doctor right away:

In addition, you should call your physician before you undergo any medical tests that might affect, or be affected by VNS, such as magnetic resonance imaging (MRI), or before you have any other medical devices implanted.

The Food and Drug Administration (FDA) approved VNS as a seizure treatment in 1997. VNS may be considered as a treatment option in patients who have tried two or more anti-epileptic drugs (AEDs) without adequate control of their seizures or in patients who have not responded to AEDs and cannot undergo brain surgery. It is important to keep in mind that VNS is used in conjunction with AEDs, not instead of them. In addition, VNS is considered a palliative procedure which can effectively improve seizure control but does not generally produce complete seizure-freedom. VNS can take up to two years to have an effect on a patient’s seizures. If VNS proves effective, it may enable a patient to decreases dosages of AEDs over time.

The goal of VNS is to reduce the number, length and severity of seizures. VNS may also reduce the time it takes to recover after a seizure. However, VNS is not successful in all patients. The success of this treatment differs — some patients report less frequent seizures, others report a slight reduction, while some patients do not respond at all.

The following results have been noted in select patients with epilepsy:

For people with warnings (auras) before their seizures, activating the stimulator with the magnet when the warning occurs may help shorten or even stop the seizures.

Soon after VNS was approved by the FDA as a seizure treatment, reports indicated a possible decrease in depression symptoms in patients who had the device implanted for seizure control. Like electroconvulsive therapy, VNS is believed to work by using electricity to influence the production of brain chemicals called neurotransmitters. Depression has been tied to an imbalance in those chemicals.

In studies involving more than 200 patients leading to the 2005 FDA approval of VNS for treatment-resistant depression (TRD), the device showed no benefit during the first two or three months. After one year however, 20-30 percent of patients reported significant improvements, and half of these patients reported that their symptoms had nearly resolved completely. However, other patients did not improve or their symptoms worsened. VNS has been FDA-approved for people with chronic or recurrent TRD who have failed to respond to four or more adequate treatments.

VNS should not be considered in patients presenting with any of the following:

There is much controversy on the efficacy of VNS as a treatment for TRD and at this stage, more outcomes data is in progress. Currently, VNS is not a covered benefit of most insurers for TRD. However, depending on the results of pending studies it may once again reach the point of insurance coverage.