Renowned speakers gather to celebrate the World of Neurosurgery, with peers looking on ready to gain insight and perspective on timely, relevant topics affecting neurosurgical practice around the globe. Join the Opening Session to set the pace for another year of scientific exploration at the 2020 AANS Annual Scientific Meeting.

Mike Krzyzewski, also known as Coach K, is the head coach of Duke University's Men’s Basketball Team and a Coach K Center on Leadership and Ethics executive-in-residence at the Fuqua School of Business. In addition to being the NCAA’s all-time wins leader in men’s basketball and the first Division I men’s basketball coach to reach 1,000 career victories, Mr. Krzyzewski led the U.S. National Men’s Basketball Team to gold medals at the 2008 Olympics in Beijing, the 2012 Olympic Games in London and the 2016 Olympic Games in Rio de Janiero as well as the 2010 FIBA World Championships in Turkey and 2014 FIBA World Cup in Spain. In 2016, Mr. Krzyzewski and Geno Auriemma were honored by USA Basketball as co-recipients of the USA Basketball National Coach of the Year Award. Coach K is widely recognized for his leadership in leading Duke to five NCAA Championships and 12 NCAA Final Four appearances in his 38 seasons at the helm.

No stranger to the business world, in 2016, Coach K partnered with Apple to launch a digital leadership platform, PowerForward, which is a mobile video network aimed at helping corporations foster leadership and build teams.

Author of two New York Times best sellers, Leading with the Heart (2001) and Beyond Basketball: Coach K's Keywords to Success (2006), he is a frequent motivational speaker for Fortune 500 companies. His most recent book is The Gold Standard: Building a World-Class Team (2009). Mr. Krzyzewski is also host of the successful Sirius XM Satellite Radio show, Basketball and Beyond. 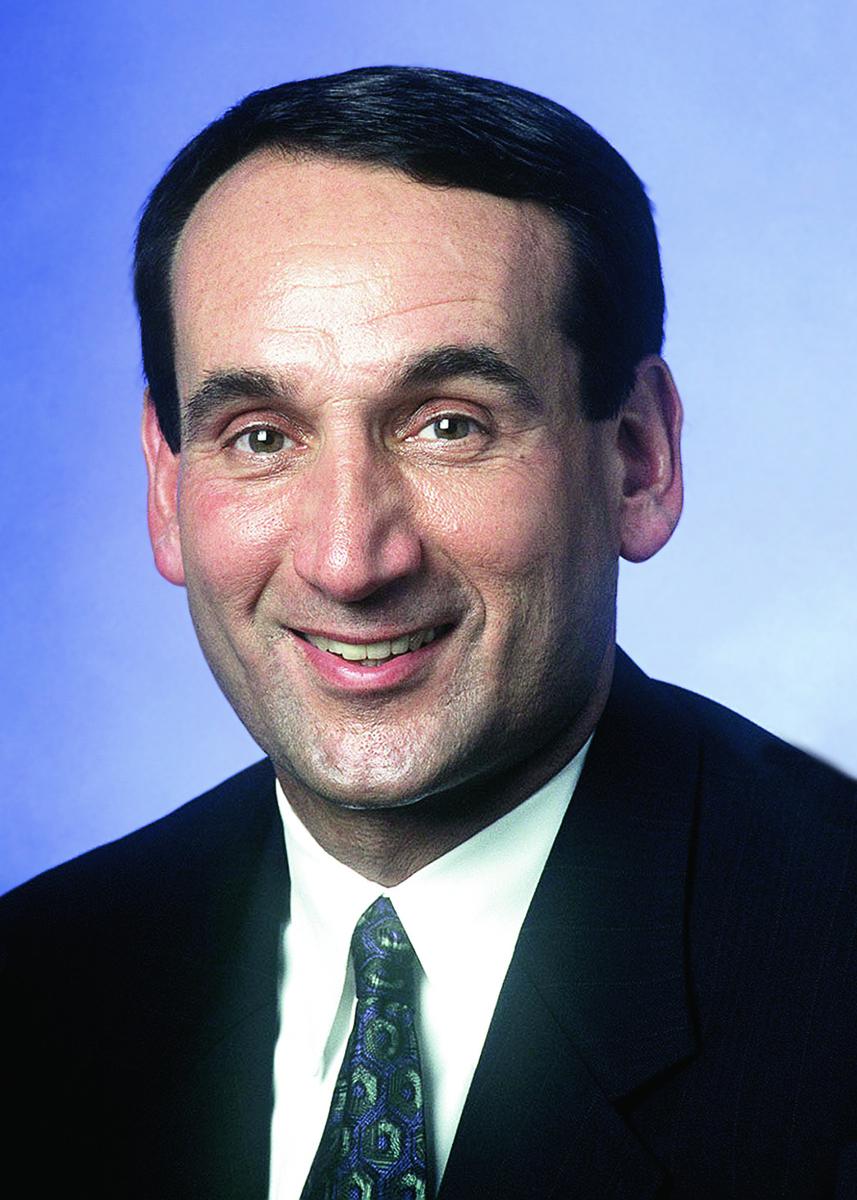